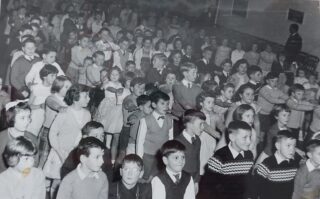 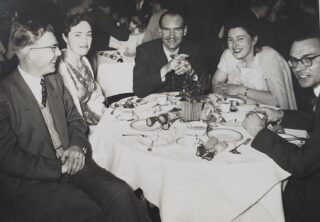 My family moved to Peartree Way, Stevenage in 1955 and my father worked at British Visqueen from 1955 to the close and continued to work for ICI in Welwyn Garden City until retirement.

During this time my brothers and I attended the children’s parties organised by the sports and social club of British Visqueen. In the top photo we are the three boys circled middle left in the matching jumpers. I am in the front with David in the middle and Peter at the back. Not sure when in the 1960’s this photo was taken.

The second photo is of my mother and father at a British Visqueen party (centre couple) with friends on the left called Dilley and (I believe) Turner on the right.