You are here: Home>Topics>Stevenage Pioneers and the development of the town>Diamond Anniversary for New Town

Sixty Years since the first residents moved in 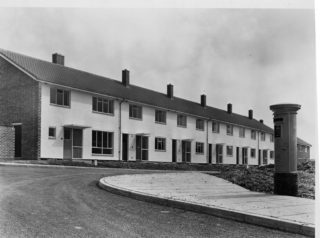 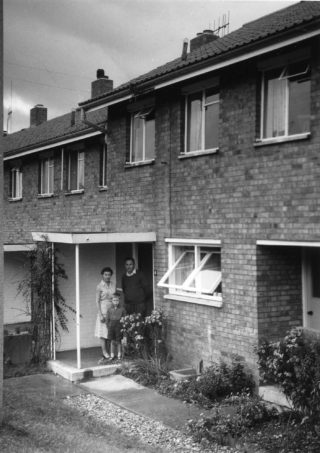 During the summer of 1951, excited young couples received the keys to the first completed houses in Stevenage – and began a new experience in town living.

The first street to be occupied was Broadview which now bears a special sign to commemorate the arrival of the first residents.

Although the town has changed over the years,we still have all the original features in our house, and much of the same furniture,which is testament to how well built they are.

Many of the new arrivals came from London which had suffered greatly from the nightly bombing.One lady who lived in a one bedroom flat in Westminster with her husband and two children recalls that the sun was shining as she moved into a new home in Stevenage surrounded by countryside .There were no shops at first in fact nothing much at all.From the top of Abbotts Grove all you could see was the tips of pine trees.

Seeing an advert for housing in Stevenage while sitting in his work canteen her husband had jumped at the chance to apply for a house.There was stiff competition for each property with up to five families applying for the same home.

The vision of Stevenage New Town became a landmark influence on the way that modern towns have been  designed…there’ s a strong sense of community in each of the neighbourhoods and it’s great to see that many of the original residents have stayed in the town. We look forward to seeing how the town will grow and communities continue to develop for future generations.