You are here: Home>Topics>Stevenage Pioneers and the development of the town>Memories of Pioneers 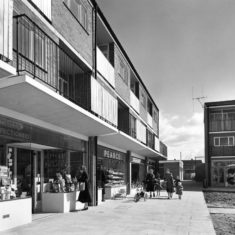 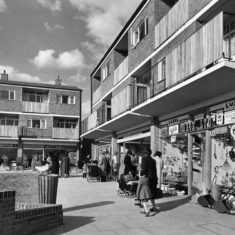 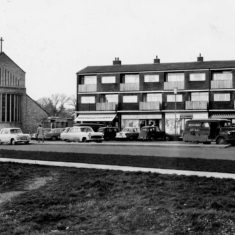 Mrs S’s family were on the housing list from the end of the war and had to look Stevenage up on a map when they were offered a house in the town in 1954.

The Lingfield Road resident said that her Mum and Dad had had an interview with a Miss Tabor the housing Manager of the Stevenage Development Corporation in the Old Town and we were shown the location and plans for a house in Marymead Drive.They left the London suburb of Sutton in Surrey and went in a removal van to the rolling fields of Hertfordshire.

We had been living in a flat and now we had a house with three bedrooms,a bathroom, big living room, kitchen,store room and a long garden..although our house was built and ready for us to move into there were no proper roads ,no local shops or buses. We had to walk about half a mile to catch a bus into the Old Town to do our shopping.

Some houses were used as makeshift shops. We also had the Co-op come round every Wednesday. Furr’s the fishmonger came twice a week and and Mr Field a local farmer delivered our milk daily. Eventually in 1957 we had purpose built shop Grix,a hardware store, a small self service Tesco shop, Pearce’s the bakers, a newasgents,a greengrocers,and a Co-Op.

The opening of the  pedestrianised town centre in 1959 was a new experience and allowed locals to shop safely without having to worry about the traffic.

As a 16 year old Mrs S was one of the first teenagers to arrive in the town as many of the new arrivals were young married couples with small children.Mrs S went on to work for English Electric where she met her future husband. They married in St Mary’s Church in 1958 and raised three sons in Stevenage.