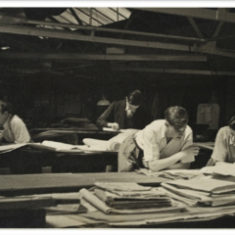 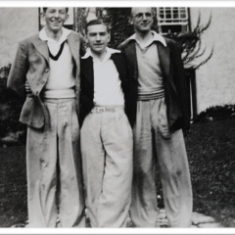 Was the Drawing Office in the first photo taken at the King Factory in Hitchin or, at the Argyle Works in Stevenage?
Walter Wilson Morriss (known as, Wilson Morriss) is on the extreme right of the photo. Does anyone recognise anyone else in the photo or, the other two men with Wilson in the second photo (Wilson is on the left in the second photo)?