You are here: Home>Neighbourhoods>Chells>Memories of Stevenage Lodge 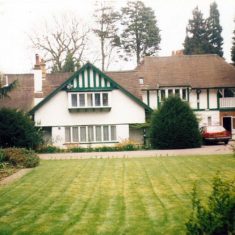 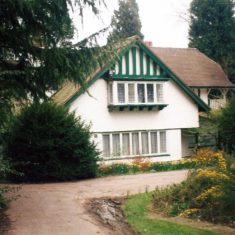 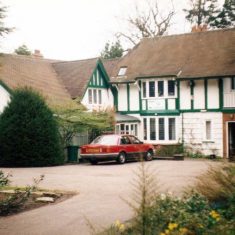 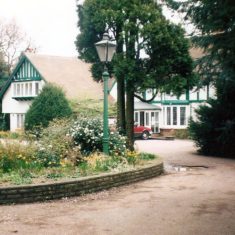 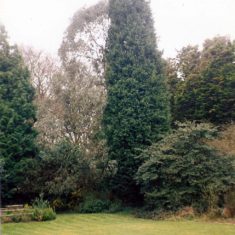 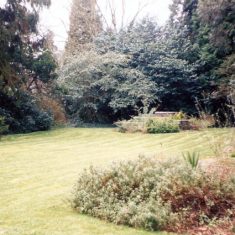 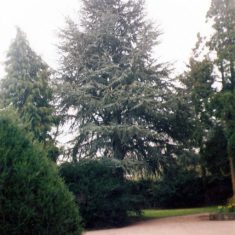 I work for the Stevenage Haven, and as you may know that is a hostel for homeless people.  The Lodge was allocated to the Haven as a permanent night shelter in 1995. Prior to that the project was open just for the three winter months and was in the building currently occupied by the Living Room. When Crisis had the funds they set up a number of night shelters in the UK, and of a number of buildings put up as possible for the night shelter. The Lodge was chosen.

My first knowledge of the house was when I had an allotment in the early nineties and the allotment Association had an open day there. The building was by then the Stevenage Borough Council offices for the Parks dept. If I remember the gardens were very nice, with a rockery and a sensory garden, large beds of shrubs, grasses and herbs etc. I started as a volunteer in 1996 and became a full time member of staff in 1998.

We had a resident who, when he left the army, came back to Stevenage and got a job as a gardener for the Borough parks dept. He remembered coming to the Lodge and helping to keep the gardens nice. While a resident he spent some time on the beds at the front of the building, just weeding them and keeping them tidy.

We had a cook who said that she remembered as a small girl coming to the Lodge to play with the children who lived there. These children had horses and she would be given rides on the horses round the grounds. What she did say was that then Frobisher Drive was not built. The original entrance ran from Chells Way through the wood – the avenue of trees are still there – and ran along the left hand side of the building as you look at it. The new entrance was put in when Frobisher Drive was built. The original road could, and probably still can, be seen. Just before the Skoda garage is a short piece of tarmac road, just really big enough for a car to park on it. If you look you can see two rows of large trees going into the wood, then they turn right before ending where the new houses are. She told me that was the original road to the house.

I liked the house, it was very large, and as I did a lot of maintenance for the project it was a nightmare trying to get screws and nails to stay in the wall! There were Muntjac deer, very friendly, one would eat out of your hand. By the way, when the Muntjac have a mating season they make a call similar to a woman screaming. We had complaints from the neighbours about our residents making a lot of noise in the early hours! We had a fox in the grounds, lots of squirrels, owls, etc.

There were a number of wells in the grounds. All topped off with slabs. We lifted the slabs once and there was water in them. I was once told that the Lodge was at one time one of a number of cottages in the area, hence the wells, and that the old entry to the Lodge was the original Walkern Road.

As you came off Frobisher Drive into the Lodge driveway there was a small raised island which split the traffic. There was a lamp standard on it and I and my colleague, who was an electrician, tried hard to make it work but to no avail. Then one night it just came on!

At the top of the main lawn was a fountain, but the cables had been cut and the electrics isolated, so we could not get it to work. We filled it with soil and put bulbs in.

When we left in September 2003 I was quite sad, but the gardens were by then hopelessly overgrown, despite various efforts to try and keep on top of them.  The local kids kept setting the place alight and it was eventually knocked down. I have been up and seen the new houses and they look great, very nice.

These pictures were taken in 2003, when the building we are currently in was nearly completed. Five of the trees had preservation orders and they are still there. I went back and had a look when the new buildings were done, and they looked quite nice. Those of my colleagues who worked with me at Frobisher went up but got upset to see it all gone. But we have to have progress.

When at Frobisher Drive we were given a water colour framed painting of the Lodge, painted after the construction of Frobisher Drive, as it shows the view of the house from the new entry gate. Colleagues took a copy of this print, and I now have the copy, framed in my hallway.